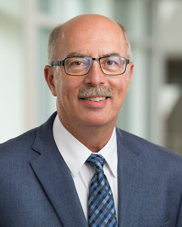 Dave Aschliman is the Dean for the College of Engineering and Computer Sciences at Indiana Tech. After 21 years of engineering and management experience at Raytheon, Hughes Aircraft, and Magnavox, Dave made a career change.

In 2002, Dave joined Indiana Tech as the Chair of Mechanical Engineering.

In 2009, Dave served on the design team that was awarded $1.34 million from the Department of Energy to design and build a geothermal heating and cooling system for Indiana Tech with closed-loop ground piping and vertical wells. The geothermal system became operational in 2010.